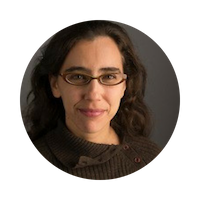 Alison is an attorney with over 20 years of experience in the non-profit and government sectors advocating on behalf of women, children and marginalized individuals.  She comes to Miami from New York, where she served most recently as the Director of Policy Initiatives for Maternal, Infant, and Reproductive Health at the NYC Department of Health and Mental Hygiene.  Her work included collaborating with internal and external stakeholders to identify new policy and program initiatives, conducting analyses and developing policy briefs to support the generation of policy initiatives, and advocating for or against enactment of policies at all levels of government.

After graduating from UCLA School of Law’s Program in Public Interest Law and Policy in 2001, Ms. Yager was awarded an Equal Justice Works fellowship to provide legal services to young people at The Door's Legal Service Center in Manhattan, and subsequently worked as a Staff Attorney serving young people experiencing intimate partner violence at Break the Cycle- New York (now Day One).  From 2006 to 2014, Alison worked at HIV Law Project in New York, first as a Staff Attorney and then as Supervising Attorney for HIV Policy.  She began her career as a Community Organizer for the Children’s Defense Fund-NY.
Read More about Alison 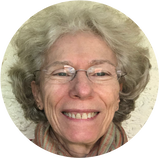 Miriam, one of Florida’s leading Medicaid advocates, is a former senior health law attorney at Florida Legal Services and adjunct professor in the Health Law Clinic at Florida International University College of Law.  She founded the Florida Health Justice Project (FHJP) in late 2017.

As a young child with a health issue,  Miriam learned that everyone must have insurance and that healthcare is a human right.  She wrote her senior college thesis on why Congress failed to pass a national health insurance bill in 1974, and as a legal services attorney for 30 years she focused on ensuring access to healthcare for her clients.

Because Florida has not yet expanded Medicaid under the ACA, Miriam leads FHJP's collaborative advocacy detailing the tremendous human and economic benefits of extending coverage and the adverse impacts in failing to do so.
Read More about miriam 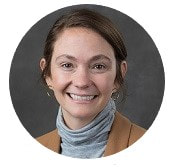 Katy is one the state's leading experts in Medicaid law. Prior to becoming Legal Director, Katy was the managing attorney for Jacksonville Area Legal Aid’s Northeast Florida Medical Legal Partnership where she secured significant and sustained funding for the partnership for the first time in its 12-year history. Katy also played a lead role in developing a statewide medical-legal partnership network and assisted hundreds of clients with access to Medicaid eligibility and services through individual administrative advocacy. 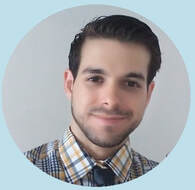 
​Bryan joined our team in the Summer of 2021. After working as an AmeriCorps VISTA in the University of Miami, he developed an interest in public health and the work done by nonprofit organizations. With almost five years of professional experience working in customer service and in administrative roles, he seeks to pursue his newfound interest in science journalism and public health sciences.

Bryan received his Bachelor of Science in Biology from the University of Puerto Rico and his Master of Science in Environmental Sciences, Policy & Management from Central European University. 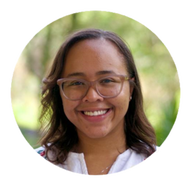 Alejandra Sepulveda is a fourth-year student at Florida International University’s Stempel College of Public Health & Social Work, where she is pursuing a degree in Dietetics & Nutrition (BS). Her interest in the field of public health began in the Spring of 2022 when she became a Health Equity intern through the Association of State Public Health Nutritionists (ASPHN), working directly with the Colorado Department of Public Health & Environment (CDPHE). She had the opportunity to disseminate the Colorado Farm to Child initiative into social media content in both English/Spanish, as well as to learn different strategies to promote healthy eating among children and families while benefiting the local economy. Inspired by this experience, Alejandra began working with the EEI Mellon Foundation at FIU, where she conducts research regarding preparedness, risks, and recovery strategies of communities disproportionately affected by major disasters in local Miami.
​
More recently,  Alejandra participated in the Environmental Health and Climate Change Justice Leadership Academy through the Satcher Health Leadership Institute at the Morehouse School of Medicine where she learned different strategies on how to motivate and mobilize other community groups and how to improve environmental justice and policies to provide positive outcomes for marginalized communities and designed a proposal titled “Exploring Lead Exposure Risks and Prevention in Drinking Water Through the Use of CHWs” based on St. Joseph County, Indiana with other cohort colleagues where appropriate evidence-based practices to address climate justice and environmental health disparities were adapted and implemented.

Alejandra is on track to begin a Master’s of Public Health with a concentration in Epidemiology in the Fall of 2023.


​Nicole is a Social Worker, and a devoted change agent. She has worked for non-profit hospital systems in South Florida for over 10 years where she has dedicated herself to public service. She is committed to addressing health disparities, prevention at the population level, and advocating for larger health issues.

Along with being a Health Rights Advocate, Nicole is currently a graduate student at Florida International University, where she is working on obtaining her Master’s in Social Work and a Master’s in Public Health. She is passionate about the work done at Florida Health Justice Project and firmly believes that healthcare is a human right, which should be accessible to all. 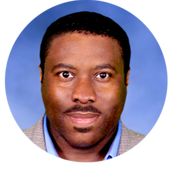 ​Jay has over 20 years of experience in multimedia production and communication technologies. Having collaborated on various technology projects with numerous colleges and universities throughout New York State as well as the New York State Department of Education, he has served in the roles of Distance Learning Project Manager, Production Manager, Content Manager, Technology Coordinator, Training Facilitator and Education Lobbyist.
​
Jay is deeply committed to FHJP’s mission of supporting health care as a human right and the belief that America cannot have health justice without racial justice or racial justice without heath justice.

Since moving to Florida, Jay has worked with a variety of clients as an independent consultant in multimedia production and communication technologies. Additionally, he has continued his commitment to education by having served on the Executive Boards and Committees of several non-profit entities throughout Florida and Miami-Dade County; Florida State Parent Teacher Association (PTA), Miami-Dade County Council PTA, African American Children with Learning Disabilities, Coconut Grove Drug Free Community Coalition, and Coconut Grove Ministerial Alliance. Jay’s work in the community earned him the PTA President of the Year Award from the Miami-Dade County Council PTA and Miami-Dade County Public School’s Family of the Year Award.

Jay is an alum of New York University, where he earned a Bachelor of Science in Information Systems Management, a Master of Science in Tourism and Travel Management and obtained a Professional Certificate in Strategic Marketing. During his undergraduate and graduate studies, he was honored with the President’s Service Award for Student Leadership and the Founders’ Academic Scholar Award. 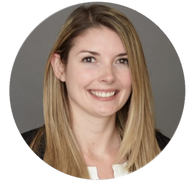 Megan has over ten years of experience working on nationally recognized quality improvement projects, most notably the CMS Initiative to Reduce Avoidable Hospitalizations among Nursing Home Residents, called the New York – Reducing Avoidable Hospitalizations (NY-RAH) project in New York State. As the Senior Director of Grants and Programs at the Greater New York Hospital Association, Megan managed the NY-RAH project and worked with over 50 nursing homes across New York State to improve workflows that would improve patient care through payment incentives in addition to reducing errors and avoidable transfers. Her work on improving the quality of life for the elderly has brought her to FHJP and is currently working with FHJP on projects related to streamlining and improving Florida Medicaid's Home and Community Based Services (HCBS) Long Term Care Waiver Program.

Megan received her Bachelor of Art in Communications and Rhetoric from the University at Albany and her Master of Health Administration from the Mailman School of Public Health at Columbia University. Megan is the Principal of Rockwell Health Solutions, LLC, a quality improvement based consulting firm located in Miami, FL. 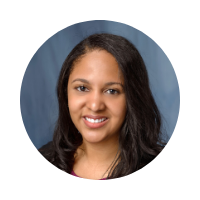 Shenae is a research scientist with an expertise in health policy research focused on addressing health disparities and access to care issues among vulnerable populations. Her passion for the work of FHJP stems from the premise that everyone, regardless of their socioeconomic background, deserves access to quality and affordable health care. Her prior research experiences include the Florida Medicaid Reform Evaluation Project, the CDC-funded Florida Office on Disability and Health’s Right To Know Campaign, and the University of Florida Health Disparities and Research Intervention Program. Her research with the Florida Medicaid Reform Evaluation Project led to a co-authorship of the Medicaid Program Flexibility counterpoint in the book, “Debates on U.S. Health Care.” Her doctoral dissertation examined the impact of state Medicaid expansion on access to care and utilization among individuals with ambulatory care sensitive conditions.

Shenae holds a Ph.D. in Health Services Research and a Master of Public Health (MPH) degree with a concentration in Public Health Management and Policy from the University of Florida.
Read More about Shenae