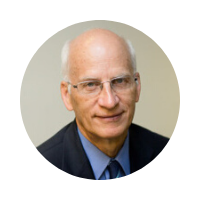 Gordon Bonnyman co-founded the Tennessee Justice Center and served as its executive director from 1996 to 2014. He continues to serve the TJC as a staff attorney where his advocacy is primarily focused on achieving access to healthcare for the poor and uninsured.

Before founding the Tennessee Justice Center, Gordon was a staff attorney at the Legal Aid Society of Middle Tennessee and the Cumberlands for 23 years, where he represented thousands of low-income clients in a wide variety of civil matters including housing, consumer, public benefits, disability rights, nursing home reform, juvenile procedure, civil rights, constitutional rights and health law. During sabbaticals, Gordon worked for human rights organizations in Jerusalem and Budapest.

Gordon has written and lectured extensively, particularly on matters of health law and policy. He has served on numerous state and national boards, including the National Juvenile Law Center, National Citizens’ Coalition for Nursing Home Reform, and the Tennessee Alliance for Legal Services. He has served on advisory commissions on Medicaid and public health under several Tennessee governors and has consulted with governors and legislators in other states. He served as a member of the Tennessee Supreme Court’s Commission on the Future of the Tennessee Judicial System.

A nationally-recognized advocate on health policy, Gordon has received awards for public service from numerous organizations, including the American, Tennessee and Nashville Bar Associations, the ACLU of Tennessee, the National Legal Aid and Defender Association, the Southern Trial Lawyers Association, the Metropolitan Nashville Human Relations Commission and the Women's Political Collaborative of Tennessee. 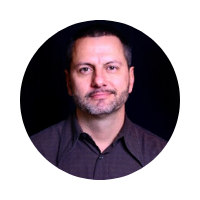 Troy Elder, a lawyer, law professor, and community- and faith-based activist, has long worked at the intersection of access to healthcare and human rights. After practicing for five years with major New York law firms, in 2000 he relocated to Miami to work on poverty, health, and immigration issues at Legal Services of Greater Miami and Catholic Charities Legal Services in Miami's Little Haiti neighborhood.

He later founded and directed pioneering medical-legal partnerships at the University of Miami and Florida International University (FIU).   More recently, while teaching at Yale, Troy co-led a medical-legal group to Haiti to interview victims of that country's cholera crisis, laying the groundwork for subsequent litigation against the United Nations.

His  academic writing, which includes the Georgetown Journal of Legal Ethics’ Poor Clients, Informed Consent, and the Ethics of Rejection (2007), has been cited by the Harvard Law Review. Troy, who  speaks Spanish, French, and Haitian Creole, currently works at the Immigrant Defenders Law Center in Los Angeles as the Senior Staff Attorney. Troy received both a J.D. and Master's in Ethics from Yale. 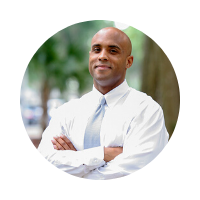 Shani M. King is a Professor of Law and Director of the law school’s Center on Children and Families. Prior to joining the UF Law faculty, Shani practiced at Legal Services for Children, Inc. in San Francisco, California, where he litigated cases under the United Nations Convention Against Torture and represented children in immigration, dependency, guardianship, and school discipline proceedings.

Shani is an active writer and scholar in the area of children’s rights and family law, with a particular interest in the role of child’s counsel in various contexts, and more generally in the rights of children and families – especially those from traditionally under served populations – and the public responsibility to protect those rights. 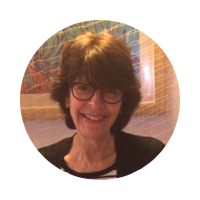 ​Nancy Leichter is a highly accomplished business and media professional with a history of social justice action and a passionate belief that healthcare is a human right.  In her 30+ year career in radio broadcasting, Nancy managed several of Los Angeles’ largest and most iconic radio properties; including KMET (Sales Manager), Pirate Radio and 92.3 (100.3) The BEAT.  Her work included overseeing everything from Sales to Marketing to Promotions to Community Action, as well as managing the start up and launch of multiple radio formats and entities.

After retiring  from broadcasting, Nancy worked for Organizing for America and Organizing for Action in Communications and Media. Her work focused on media and messaging regarding the Affordable Care Act’s passage, implementation, and defense.  She also worked in Development at City Year Philadelphia.
Read More About Nancy 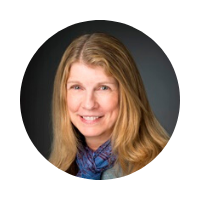 Jane Perkins, the Legal Director of the National Health Law Program, leads the organization’s efforts to ensure that health care protections are implemented nationally and at the state level as the law requires. Over the past 30  years, virtually all of the cases brought on behalf of Medicaid beneficiaries' rights, including in Florida,  reflect Jane’s influence—either through her direct participation or through her articles, training and support. Legal services lawyers throughout the country repeatedly call on Jane for her expertise and advice on health care access issues. As stated in one of her recent national awards, “millions of people in poverty live healthier and more promising lives because of Jane’s work, in part as a result of her lawyering, and in part because she made the rest of us better lawyers in the surpassing important, but complex subject area. [Medicaid].”

In addition to her litigation, Jane has authored multiple fact sheets and scholarly articles on Medicaid, child health, civil rights, and federal court access, and she is the co-author and editor of both the first and second editions of NHeLP’s signature publication The Advocate’s Guide to the Medicaid Program. 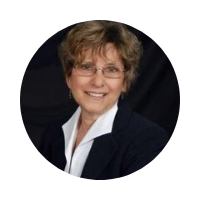 Anne’s  years of administrative and  policy advocacy, as well as her litigation experience  and program leadership, inform her appreciation of the need for systemic approaches.  Anne has also worked with the National Center for Medical-Legal partnerships and  a number of Florida's medical-legal partnerships,  and she understands the importance of legal partners having the advocacy skills and health law expertise needed to resolve individual eligibility and coverage denials and delays. Anne received her B.A. from the University of Virginia and her J.D. from the University of Virginia School of Law. 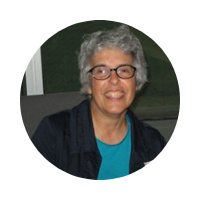 Janet Varon, J.D., is the founder and Executive Director of Northwest Health Law Advocates (NoHLA),  the first organization in Washington state dedicated to policy advocacy on behalf of low- and moderate-income health care consumers.  Consistent with NoHLA’s mission of improving access to health care for all Washington residents in furtherance of health as a human right, Janet has dedicated her career to ensuring access to health care.

As a result of NoHLA's legal and policy advocacy  hundreds of thousands of state residents have gained or improved their access to health care. Examples of NoHLA’s advocacy include: improvements in Washington's implementation of the Affordable Care Act and passage of a strong "cover all kids" law; a groundbreaking "secret shopper" report that propelled insurers to improve access to contraceptive coverage; a class action lawsuit challenging the exclusion of immigrants from a state-subsidized health insurance program and restoring coverage; ensuring newborn eligibility for Medicaid when the mother was eligible (a result that was extended nationwide); and a law suspending rather than terminating Medicaid for incarcerated persons so they could promptly get care upon release.
​
As one of the country’s  leading health care advocates, Janet has served on multiple boards,  committees and task forces.  She  coordinates statewide legal advocacy for low-income residents and serves on the Healthy Washington Coalition Steering Committee, the Advisory Committees of  the Washington Medical-Legal Partnership,  the Florida Health Justice Project and the state Health Innovation Leadership Network.  She served as board member of the National Health Law Program for ten years, chaired the state's Medical Assistance Advisory Committee and was a 2007 Wasserstein Fellow at Harvard Law School.  Before starting NoHLA, Janet worked for 13 years as a staff attorney at Evergreen Legal Services representing low-income clients in public benefits cases. Janet is a graduate of Harvard Law School  and Harvard-Radcliffe College.